The fishermen of Graisana – another endangered species

The seacoast and islands of the province of Friuli along the northern Adriatic Sea between Lignano Sabbiadorno and Trieste are collectively known as Graisana. It is famous for its fresh seafood chowder – boreto alla graisana – which may contain tasty mixtures of turbot, sardines, prawns, cuttlefish, squid, scallops, crabs, eels and even turtles. Not only is this delicacy not exportable, but, thanks to industrial polution from the factories surroundi 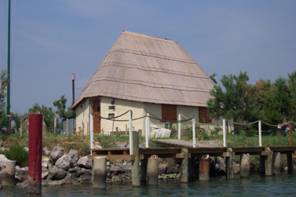 ng Venice to the west, it is increasingly difficult and expensive for the natives to make it properly at home.

Thousands of fishermen used to gather in the maritime riches, but there are now 350 earning a precarious living. Their surviving houses, scattered over the many small islands, are better protected than the fish. No new ones may be built, and so a great deal of effort goes into preserving and sometimes rebuilding their picturesque architecture. 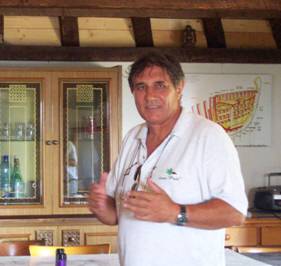 Graisani de Palu‘, has become a guardian of the region’s traditions. One of its most active members is Ennio Lugnan, descendent of generations of local fishermen. His island house, totally and authentically rebuilt with the help of other fishermen, has won a major architectural prize. With its timber rafters and thatched roof it suggests a wayward Cotswold cottage.

He still fishes almost every day, but the catches are getting smaller. “Once,” he says sadly, “there were too many fish and not enough nets; now there are too many nets and not enough fish.” Before he dies he may be spending most of his time showing his house and relating its history. The descendent of generations of fishermen could become the curator of a museum.