The life of John Whiting

John grew up a Whiting on Cape Cod. For the rest of his life he would be impervious to teasing. A good thing – his last year of high school he was moved against his will to Pasadena, California, where he showed up at classes in a three-piece Ivy League suit with a pocket watch on a gold chain. For two-and-a-half years, he would keep it set on Eastern Standard Time. 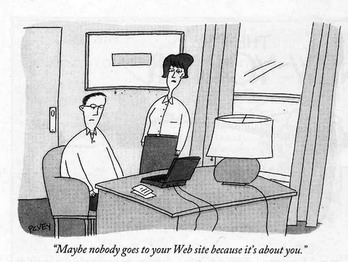 In the 1950s, the English Department at UC Berkeley was a factory for churning out anglophiles. Whiting came off the assembly line just after the Korean War, before the draft had ended. With a bit of maneuvering he got himself posted to England, where he spent two years as Base Librarian at RAF Chelveston, from which B17s had bombed the Germans during World War II. After a decade of neglect, it was being restored to bomb the Russians with B52s.

Whiting was the perfect snob, staying regularly at the English Speaking Union in London and presenting himself at Dover Street tailors Kilgour, French and Stanbury with an introduction from Charles Laughton. Back at the base, a British assistant kept the library open while Whiting dined at Claridge’s and made a pilgrimage to Canterbury in a chauffeur-driven Rolls. Chaucer, eat your heart out!

In 1965 Whiting was Production Director at Berkeley’s egghead FM station, KPFA. His defining moment came when he created the post of London Correspondent for Pacifica Radio and assigned himself to it. For the next four years he was the poor man’s Alistair Cooke, feeding programs across the Atlantic in the opposite direction.

Whiting’s anglophilia was gradually cured by cultural homeopathy and he came to regard himself as a citizen of the world. London remained his home, being the nearest he could find to living no place in particular. Taking care not to acquire a phony on-air English accent, he realized that he had also avoided choosing a social class. To this day he speaks authentic American and is thus able to converse as an equal with dukes and dustmen.

Having acquired a BA in English lit at UC Berkeley, he demonstrated his perversity by taking an MA in American Lit at the Institute of United States Studies, University of London. When a lectureship was shot from under him by a budget cut before he could occupy it, he reverted to his experience as a recording engineer and spent a couple of decades as a Sound Designer for avant-garde music ensembles, digitally treating their output and bouncing it around concert halls. His wife Mary, when asked what he did for a living, would reply, “He makes funny noises.”

In the course of concert tours in various places between Leningrad and San Francisco, he discovered that one of life’s greatest pleasures is travelling at another’s expense. Everywhere he went he sought out the best restaurants and specialist food shops, expanding both his gastronomic horizons and his girth. Repeated visits to Paris have resulted in reviews of over a hundred of its bistros, posted here. A Google search usually brings it up first or second out of well over 600,000.

Now in semi-retirement, John Whiting is still a member of the Guild of Food Writers [UK]. He will probably die at table.